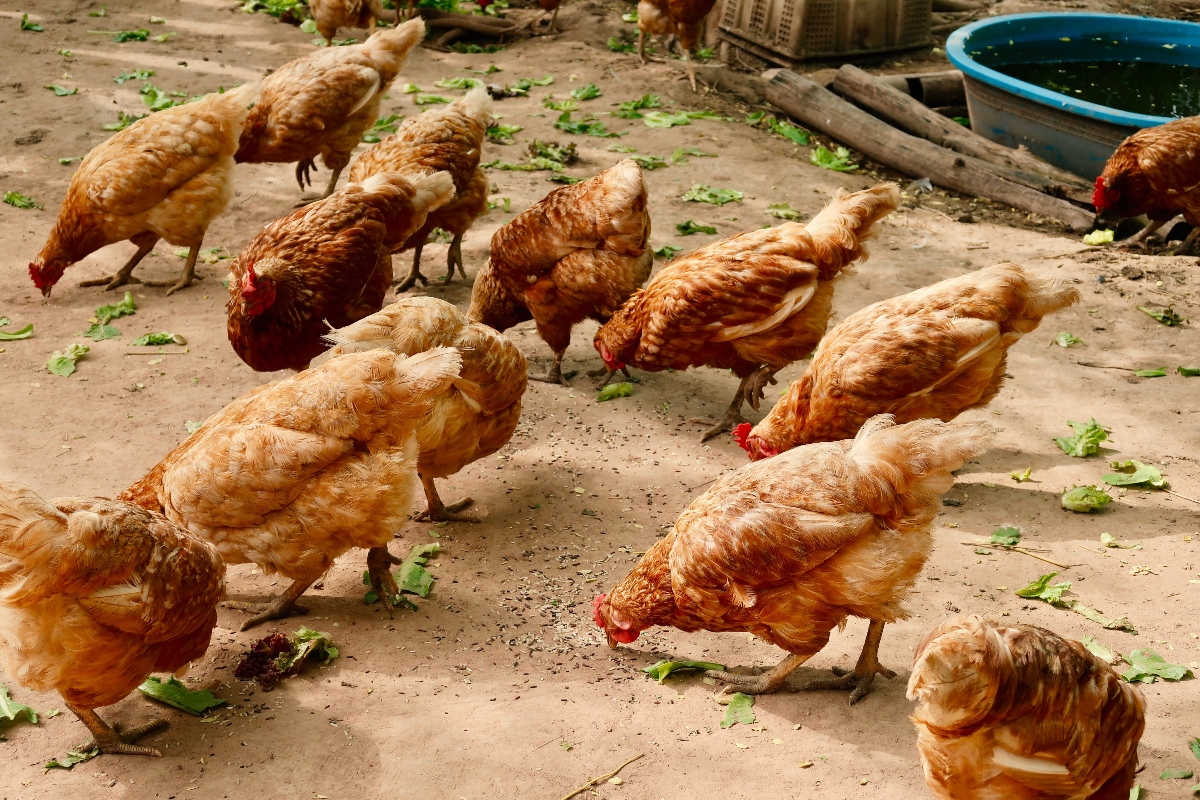 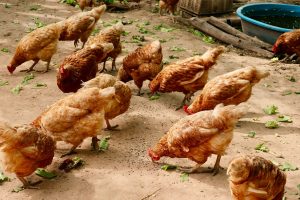 In the United States currently, humans can eat foods made from hemp – yet we can’t legally eat meat or eggs from animals that have eaten hemp.

But with recent action by the Hemp Feed Coalition (HFC), a Fort Collins, Colorado-based nonprofit seeking to gain federal approval for hemp and its byproducts as a source of commercial animal feed and nutrition, the industry is a little closer to seeing that become a reality.

That’s because the HFC has completed its first submission for hemp to become an approved animal-feed ingredient for consideration by the Association of American Feed Control Officials (AAFCO) and the U.S. Food and Drug Administration’s Center for Veterinary Medicine.

If approved, the ingredient application will allow hempseed meal and cake to be legally used as commercial feed for laying hens.

The submission is the culmination of a two-year effort that has included ingredient investigation of hempseed cake and meal, along with a clinical trial to demonstrate the safety and efficacy of hemp as feed for laying hens.

“One of the big opportunities for us as an industry, and one of the best ways that we can support our farmers in those ancillary markets, like our livestock producers, is by commoditizing those very nutritious and valuable byproducts that come out of the production and processing of hemp,” HFC Executive Director Hunter Buffington said during the 2021 World Ag Expo. The event is based in Tulare, California, but was held virtually this year.

The HFC focused on hempseed meal and seed cake as a first step because there are tons of the material sitting idle in farmers’ warehouses as a byproduct of the human-foods segment that is driving production of hemp grain to be crushed for oil, Buffington said.

“When you look at the nutritional composition, there’s no reason we can’t be feeding it,” she said.

But first, U.S. regulators needed data from American producers, not those from other parts of the world that have continued feeding hemp to animals for decades, she said.

To meet the rigorous standards for safety and efficacy that the FDA-CVM holds, hemp industry members from across the U.S. submitted certificates of analysis for their crops, demonstrating that the hempseed cake and meal can be consistently grown and processed.

“It really is going to take a concerted effort to not only understand the ingredient profile, to answer all the questions that FDA-CVM has about the ingredient itself, but then we also have to conduct clinical feed trials to show safety and efficacy for these products as well,” Buffington said.

“To add to that, we have an additional challenge that only American-grown and American-processed hemp, fed to animals at research institutions in the United States, can be used to present our argument for approval to FDA-CVM, so you can see why we really needed a coalition of folks to take on this challenge.”

Hemp as an animal foodstuff sounds to some like the opposite direction of where the industry should be headed, considering the implied low-value of commodities that typically make up animal feed, such as corn and soybeans.

“If you want (hemp) products to compete on a global scale with these commodities, they have to be priced competitively,” said Scott Propheter, a farmer and CBD executive in North Carolina.

“That’s a double-edged sword, because now you’re talking about taking what we all talk about as a value-added crop and making it a commodity crop … and your margins compress dramatically.”

That’s not to say farmers can’t make money off commodities, Propheter added, but ultimately, it’s not to the same scale as many farmers expect when they invest in hemp cultivation.

But looking at the potential market that hemp could capture shows why that’s not necessarily the case for animal feed, said Wendy Mosher, president and CEO of Fort Collins-based hemp plant-breeding company New West Genetics, a founding HFC member.

According to projections by Grand View Research, a San Francisco-based market research and consulting company, the animal feed market is expected to top $415 billion by 2023, up from $336 billion in 2017.

The seed and grain segment of industrial hemp is expected to expand by nearly 20% by 2027, and the animal-care segment of the industry is projected to grow by nearly 10%, according to the HFC.

Currently, 190 million tons of animal feed are produced in the United States every year, according to the U.S. Department of Agriculture.

“We’ve always known … that could be the greatest opportunity,” Mosher said. “Part of it is because (of) the nutrition of the grain – and if we feed it to our animals and then we consume those animals, how much healthier is everybody going to be?”

Further, hemp grain prices are being driven down by Canadian producers – making it tough for U.S. farmers to compete with their northern counterparts’ scale and history of processing – and there’s not a large enough market in the U.S. yet to sell their grain crops, Mosher said.

“There’s nowhere to sell their grain to – niche human foods cannot compete acreage-wise with animal feeds, (and) why would you not want our animals to have an alternative to soy and corn?” she said.

“All in all, it’s better for animal health and for our farmers to have a place to drop it off.”

But animal feed can edge in on that market share, while addressing consumers’ interest in genetically modified crops and other concerns that they’ve been trending toward for the past 12 years, Mosher said.

Hemp still has the disadvantage of not being an established crop and will likely need to enter as a niche segment.

But there is time to develop the market and the supply chain while the hemp industry awaits approval from the AAFCO and FDA-CVM, Buffington said.

The animal-feed ingredient approval process typically takes up to four years, though AAFCO and FDA-CVM authorities promised to fast-track it, which could reduce the wait to 18 months to 24 years, Mosher told Hemp Industry Daily.

Meanwhile, some farmers aren’t waiting for permission from federal regulators to sell eggs from chickens fed with hemp.

Kreider Farms, an egg and dairy producer in central Pennsylvania, added a line of cage-free hemp eggs to its Chiques Creek brand last December. Kreider says its chickens are fed with 20% hempseed meal, which produces eggs with more omega-3s, lutein, vitamins B12, B2, B5, E, biotin, choline and selenium than conventionally produced eggs.

With the first application under review, the HFC is now pivoting to research on other hemp byproducts, including oil, sediment, hulls, pulp and screenings, to look at their potential as feed ingredients.

The group’s research focus will include the clinical trials necessary to add ruminants – animals such as cattle, sheep and goats – to the submitted AAFCO and FDA-CVM application for hempseed meal.

The group plans to bring together researchers, members of the hemp and feed industries and coalition advisers for additional applications.