It’s been two years since low-THC cannabis known as hemp became legal after decades of prohibition in the United States.

On Dec. 20, 2018, President Donald Trump signed the 2018 Farm Bill, an $867 billion measure that included seven little words that would forever change the entire cannabis industry: “The term ‘marihuana’ does not include hemp.”

It’s been a whirlwind 24 months since that law removed hemp from the Controlled Substances Act, with too many highlights to count. Hemp Industry Daily’s editorial staff combed through hundreds of those highlights to bring you the 10 most important moments in those two years.

Each of these dates represents a watershed change in how the world views and regulates low-THC cannabis.

As the entire cannabis industry heads into a year of optimism for greater change affecting all varieties of the plant, it’s worth pausing to review the top moments for hemp over the last two years, and reflect on the changes coming for higher-THC varieties.

(Click on the orange arrows to advance the slideshow.) 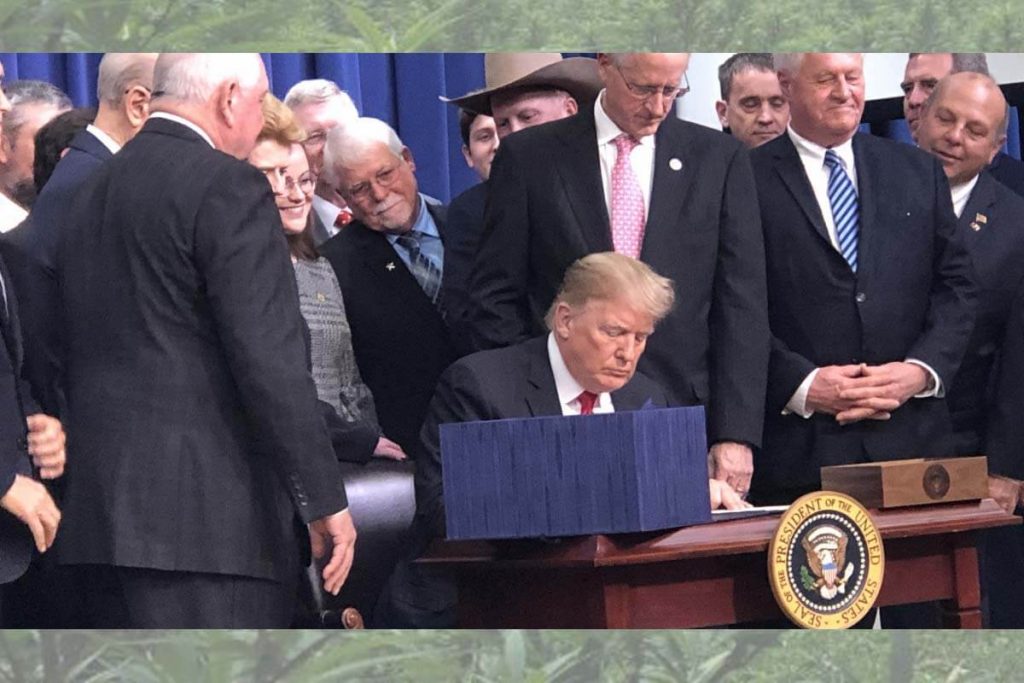 Dec. 20, 2018 – The 2018 Farm Bill is signed into law, removing cannabis with less than 0.3% THC from federal drug control and placing the crop under the oversight of U.S. Agriculture authorities, who are charged with writing a national set of rules to replace patchwork state-by-state regulations regarding hemp. 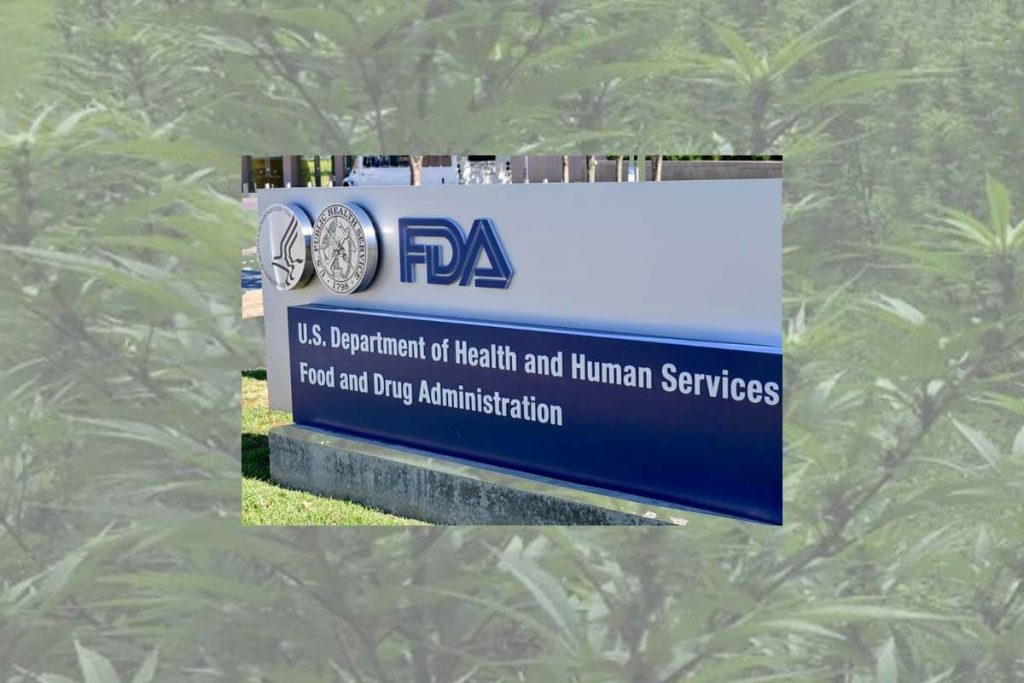 Dec. 21, 2018 – Less than 24 hours after the Farm Bill was signed, the U.S. Food and Drug Administration rushed to dampen any hope that hemp-derived products would be legal to put in foods, drinks, dietary supplements or cosmetics. The agency issued a sharp memo reminding the public that while CBD may be legal, the FDA retains authority over how CBD can be used. The FDA did promise in that memo to review its guidelines on CBD, something the hemp industry is still waiting to see. 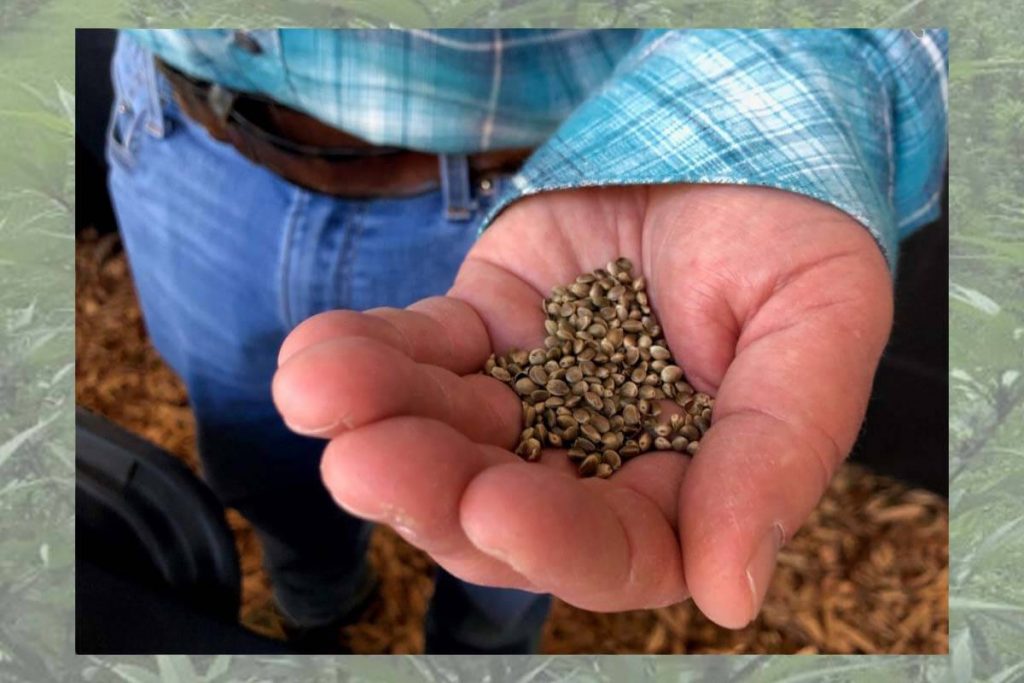 April 18, 2019 – The U.S. Department of Agriculture stepped in to assist hemp producers and exporters to bring hempseed to the United States. The memo signaled the end of sole authority by the U.S. Drug Enforcement Administration (DEA) to control cannabis movement into or out of the country. 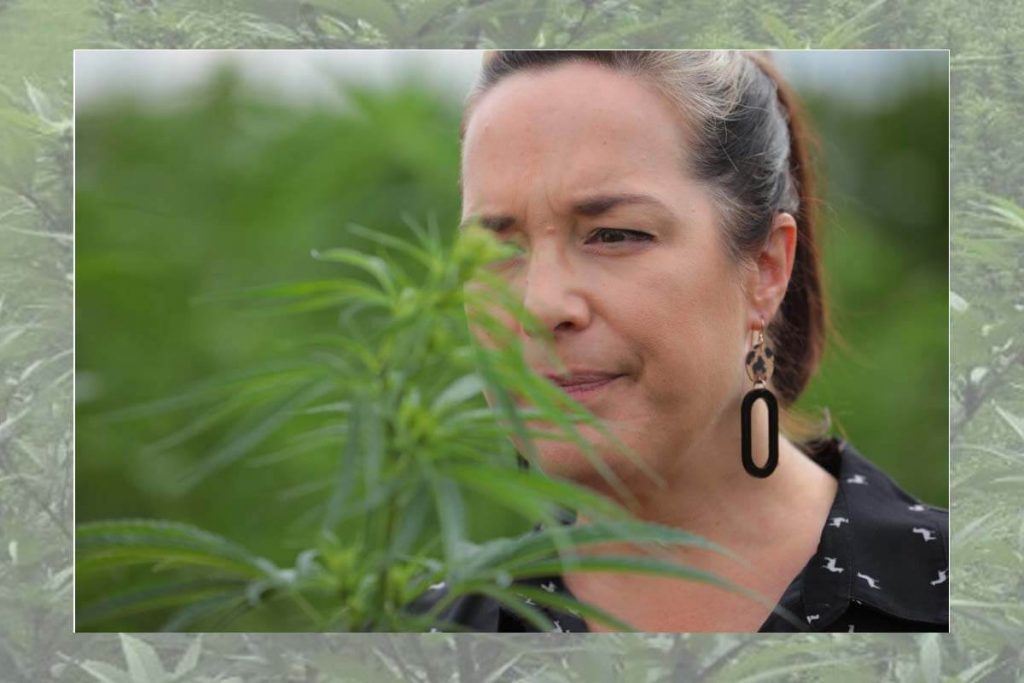 April 24, 2019 – The U.S. Department of Agriculture launched another groundbreaking change for the cannabis plant when it announced that its Plant Variety Protection Office would begin taking hemp applications. The memo signaled the first time that cannabis growers in the U.S. could secure any official protection for seed-propagated varieties. 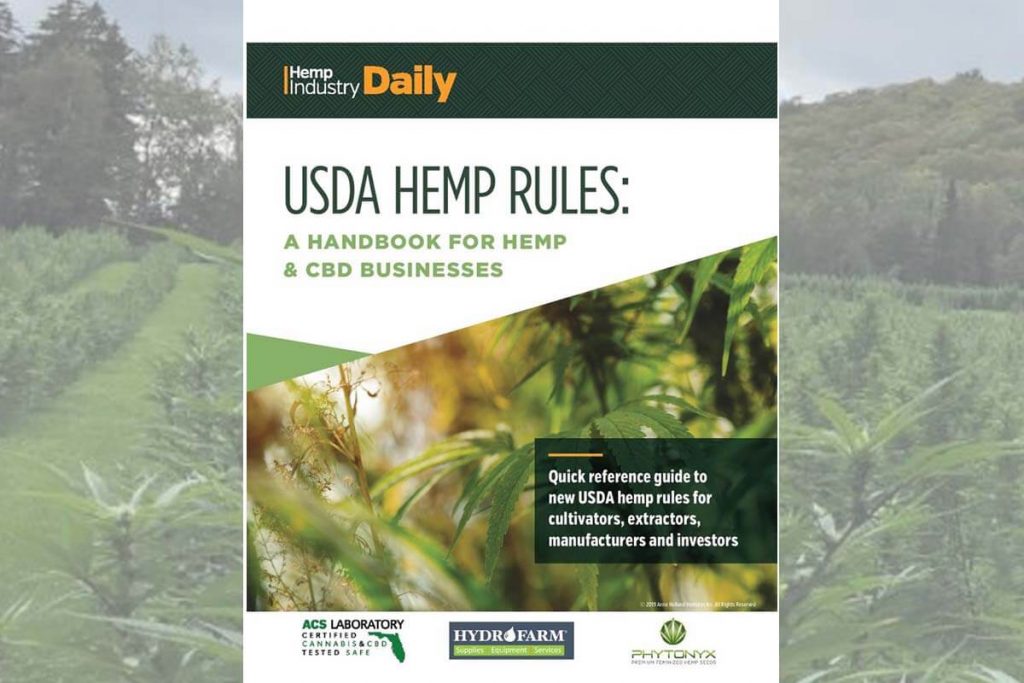 Oct. 28, 2019 – The long-awaited national rules for growing hemp are released by the U.S. Department of Agriculture. The proposed rules see immediate backlash because of strict rules on sampling and testing and because they require the destruction of any plants containing more than 0.3% THC. 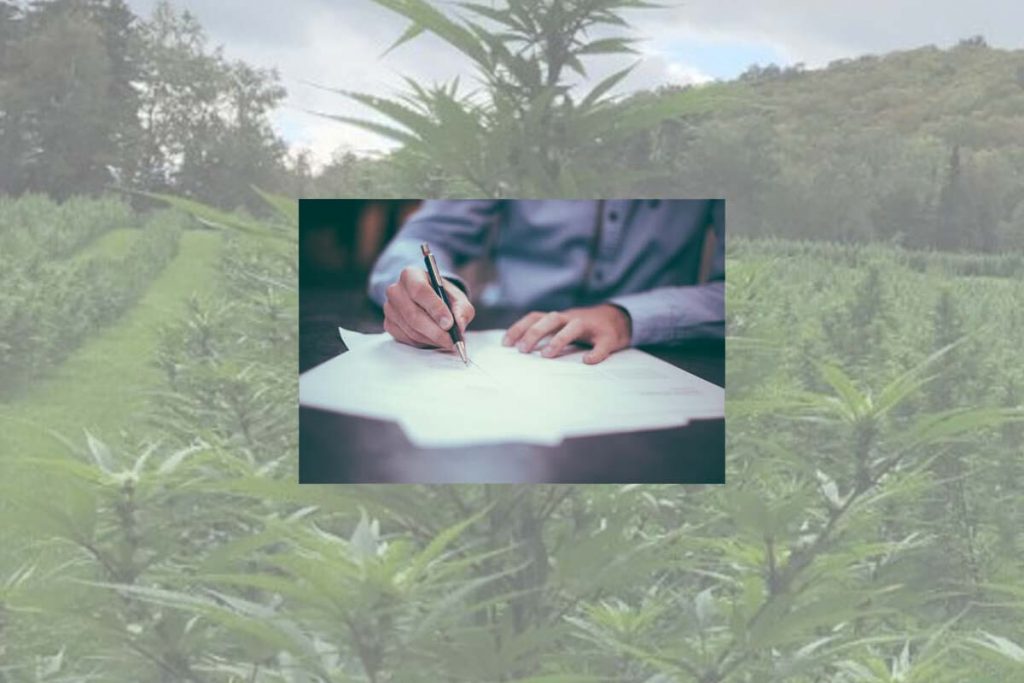 November, 2019 – Federal health officials stood firm against cannabidiol use in food, issuing a flurry of warnings to companies making CBD edibles. The warning letters came with a fresh FDA statement that CBD is not generally recognized as safe, chilling opportunities to market ingestible CBD and prompting many state health departments to crack down on the proliferation of CBD-infused items popping up on shelves. 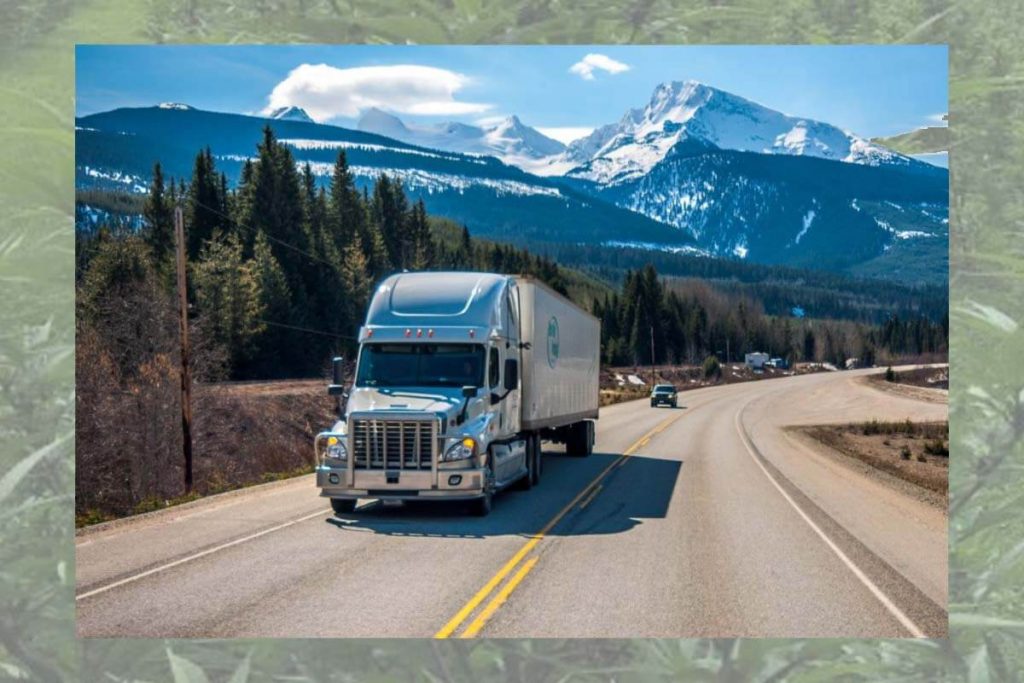 December, 2019 – Prompted to act by a smattering of criminal cases involving the interstate transportation of legal hemp, the USDA and Justice Department announced an information-sharing platform to provide “some level of solution” that shipments are legal hemp and not illegal marijuana. The agencies never gave a timeframe for when the database would be working, and hemp operators still see sporadic product seizures attributed to miscommunication. Still, the announcement signaled the first acknowledgement by federal drug authorities that interstate hemp commerce is now legal and deserves protection. 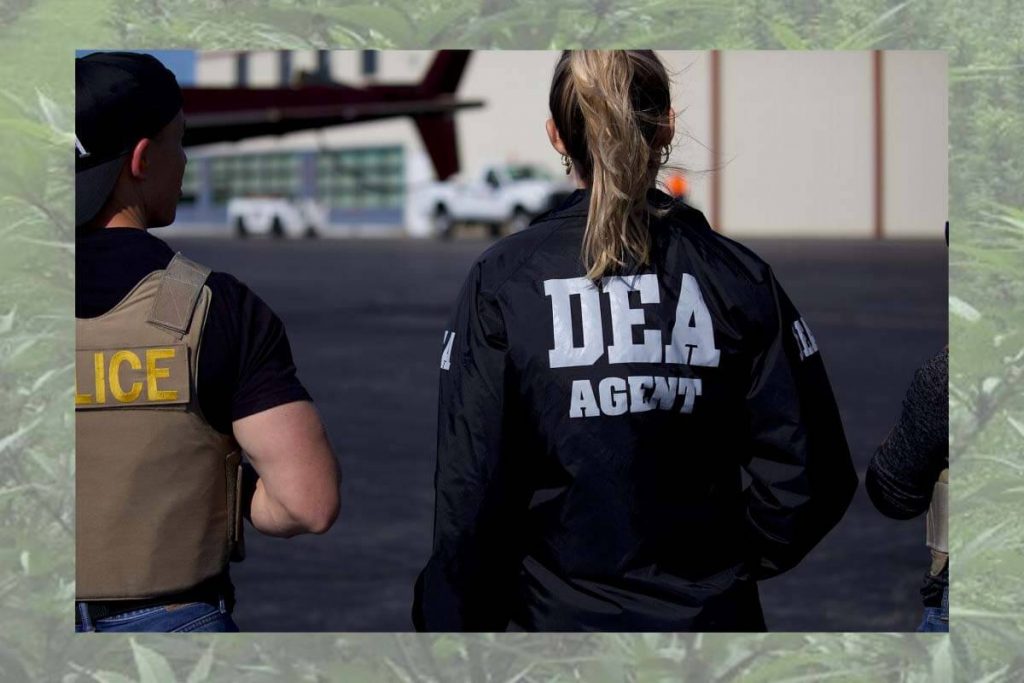 Feb. 26, 2020 – Federal agriculture officials said they would delay the requirement that all THC testing on hemp crops must be performed at laboratories registered with the U.S. Drug Enforcement Administration. The agency then loosened its proposed rule on destroying non-compliant hemp crops. The changes signaled a softening in how federal regulators plan to treat the new crop – and a key sign to the industry that the USDA had been listening to their concerns about the interimhemp rule. 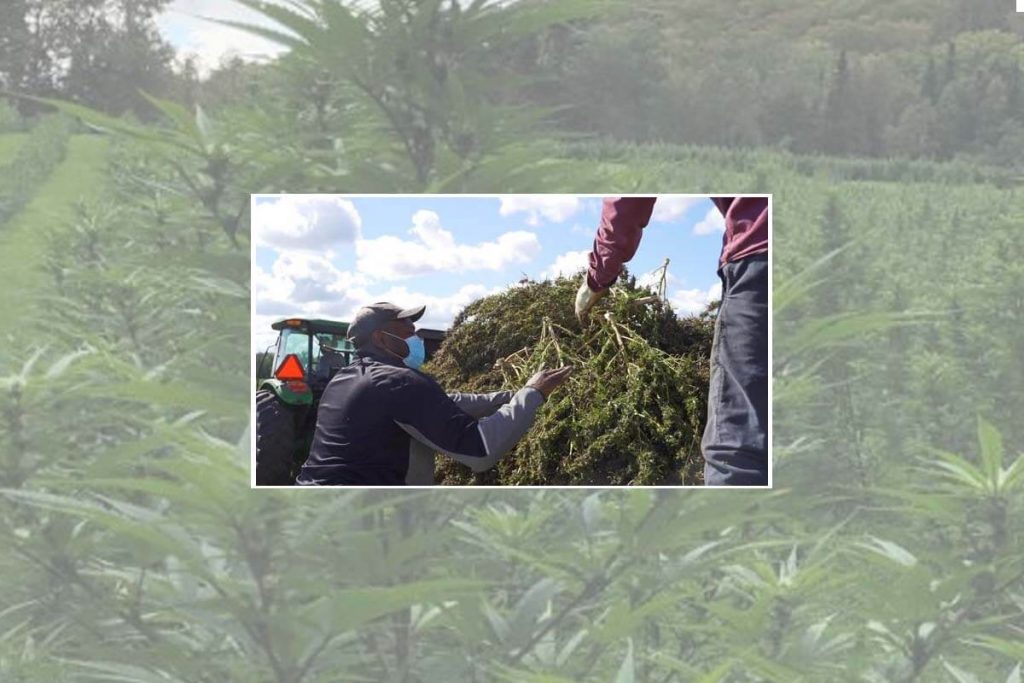 Summer, 2020 – Because of regulatory uncertainty, a vast oversupply in 2019 and the coronavirus pandemic, licensed hemp acreage decreased year-over-year for the first time since the 2014 Farm Bill established a national hemp pilot program. 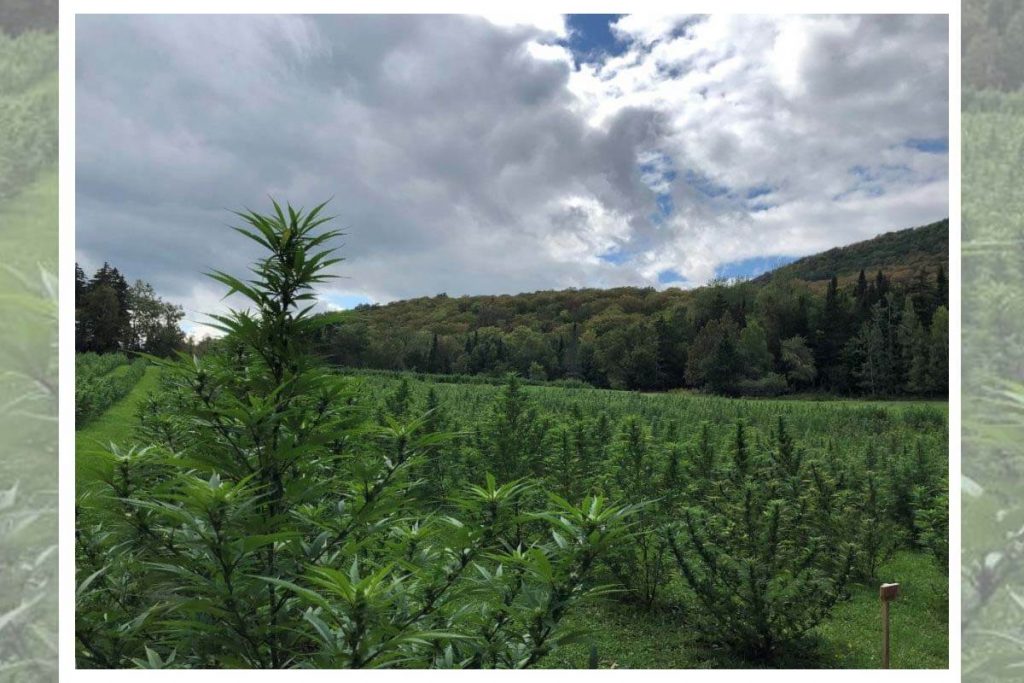 Sept. 30, 2020 – Hemp farmers in states without federally approved cultivation plans got a one-year extension to continue growing the crop under older, less strict rules instead of the USDA regulations set to take effect nationwide. The extension was included in a stop-gap budget measure approved by Congress just days before the election. The delay cheered older hemp-producing states, but it frustrated industry producers who had already adapted to the stricter regulations.

The hemp industry enters its third year of legality with big questions about how the industry will be regulated under a new U.S. Department of Agriculture.