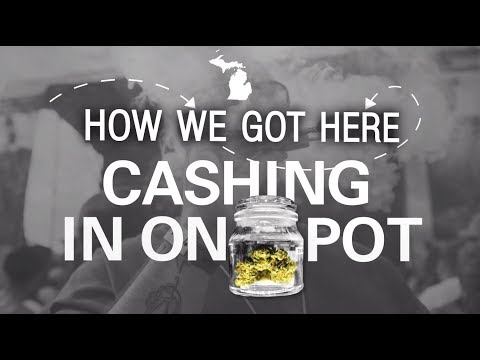 Cannabis use has been becoming more and more mainstream in the Mitten state since medical marijuana was legalized a decade ago. But the vague 2008 law resulted in legal mayhem for medical marijuana patients and caregivers — and the industry was mostly underground.

Once lawmakers added regulations in 2016 the medical marijuana market went corporate, setting the stage for the 2018 legalization vote.

Now more than half a year after Michigan voters approved the ballot proposal, there are still no retail stores where people can legally buy marijuana due to bureaucratic processes. But that doesn’t mean people aren’t smoking it if they’ve got it.

State officials recently issued rules that will guide the start of the industry — and some predict the first sales will happen in the first months of 2020.

How We Got Here was produced by MLive.com backed by funding from the Google News Initiative. More about the series: https://www.mlive.com/news/2019/07/mlive-to-debut-compelling-youtube-series-that-dives-into-michigans-biggest-issues.html

Understanding CBD – Sophie Drozda dispels the myths and gives us the facts! 🌿 🤔 👌
How to Take CBD Oil for Pain
Medical marijuana use in palliative care
How to buy weed when it’s legalized in Canada
Ohio lawmaker from Lake County introduces marijuana legalization bill